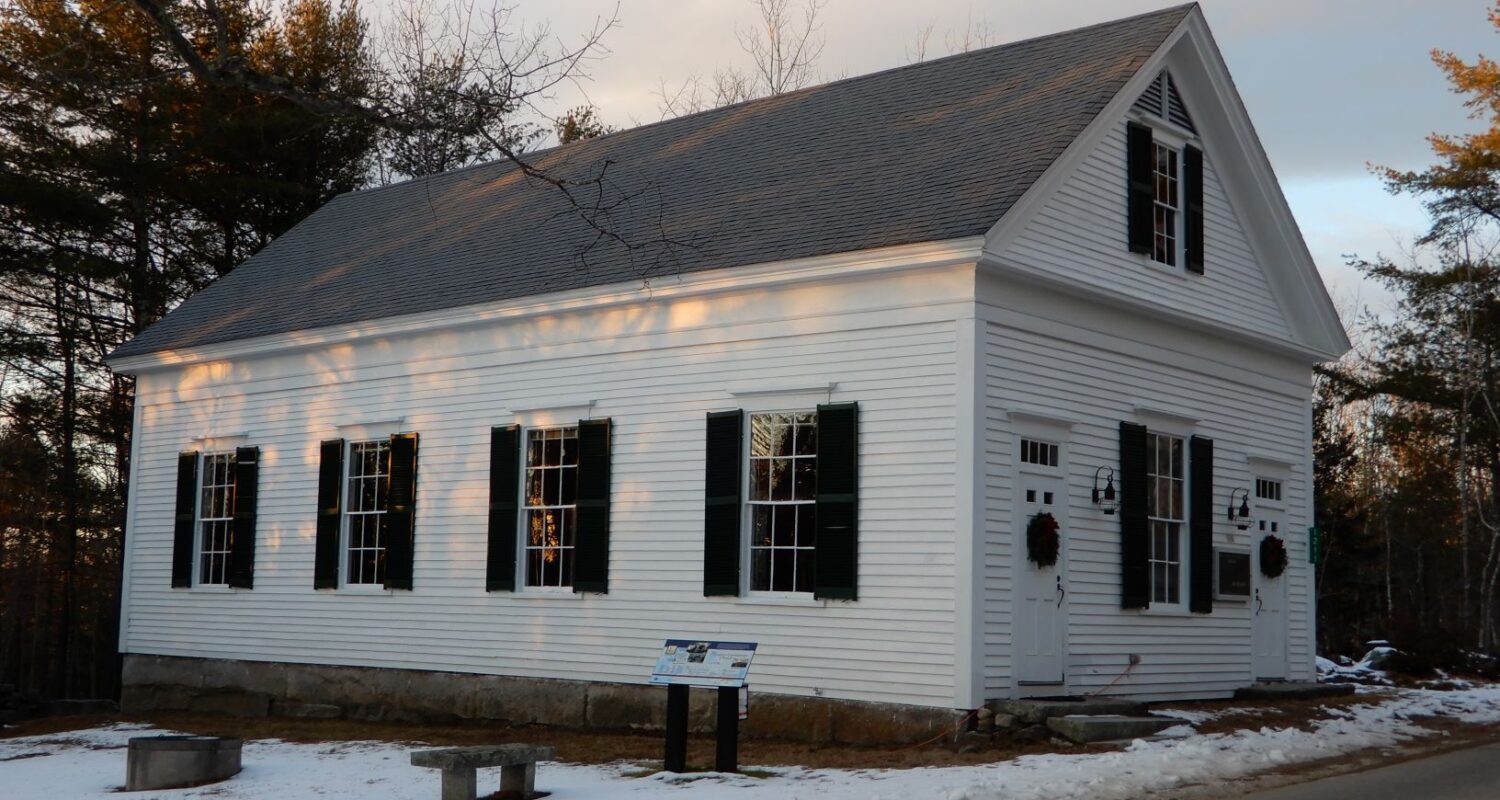 The Westport Community Church, or the Historic Church, as Islanders call it, was first built as a concert hall and located at the north corner of Main Road and Sortwell Road. It was moved to its current location at 1211 Main Road in the area termed the Center in the 1800s and served as a Methodist Church until the 1950s. As concern for its condition grew, the Methodist Church gave the church and the property to the newly formed Westport Community Association in 1955 with the promise that the association would continue to hold church services in the building over the next ten years.

The Church was put on the National Register of Historic Places in 2002. In 2020, an interpretive sign was placed outside the Church with a summary of its history marking the Westport Community Church as a site on the Westport Island History Trail. A more complete history developed for the History Trail can be accessed here.

The Westport Island History Committee provided the Westport Community Association with some interesting facts about the history of the church after they conducted a review of the Westport column in the newspaper “Sheepscot Echo,” which contained the following entries regarding “Center Church.”

August 31, 1912 The trees and bushes near the Centre church are being cleared away which gives the surroundings a much better appearance.

The Ladies’ Aid wishes to ask the owners of the pews in the Center church to send the numbers to the pastor by card so as to make all arrangements to have their cushions re-covered as the material has been accepted by the committee. The work will be done as soon as possible.

September 7, 1912 The roof of the Centre church is being shingled.

December 7, 1912 The new organ will be used for the first time on Sunday, Dec. 15th, at the afternoon at the Centre church.

February 14, 1914 The work on the interior of the Centre church is progressing, and when finished will greatly improve the appearance of the church. The pews will be recushioned and a new carpet will be put down. Our Ladies Aid is a progressive body of church workers.

December 12, 1914 Members of the Center parish built a horse shed at the Center Church.

March 6, 1915
Plans have been made for the new parsonage to be built east of T.F. Knights’ house on the lot purchased from him. H.F. Knight has taken the contract to build the parsonage to be completed June first. (This house is now the Wallace house at 20 West Shore Road.)

November 19, 1915
Mr. Higgins was asked about building a chimney in the Center Chapel.

Bath Independent, November 20, 1915
They are remodeling the Center Church, dividing it in half so as to make it smaller, and taking out part of the pews. The other half will be used as a vestry. A.E. Gove is doing the carpentry and Mr. Higgins the mason work.

December 5, 1915 Owing to the fact that the old chimney had become saturated with creosote it was thought best to build a new one and place it in the opposite or east2, end of the building. By doing so the long pipe going the whole length of the room would be done away with and it would not be necessary to puncture holes in the new steel ceiling which the Ladies’ Aid has already purchased to be put up in the spring In order to place the chimney in the front of the building it was decided to partition off the old organ loft which has been a useless space for some years. This work has been done with the result that the auditorium is improved in appearance and only one pew has been removed which was thought to be too near the stove for safety.

December 25, 1915
Work on the new parsonage stable on West Shore Road is inspected. On January 15, 1916, the stable was nearly completed.

December 29, 1916
A Christmas tree was put up at the Center Church.